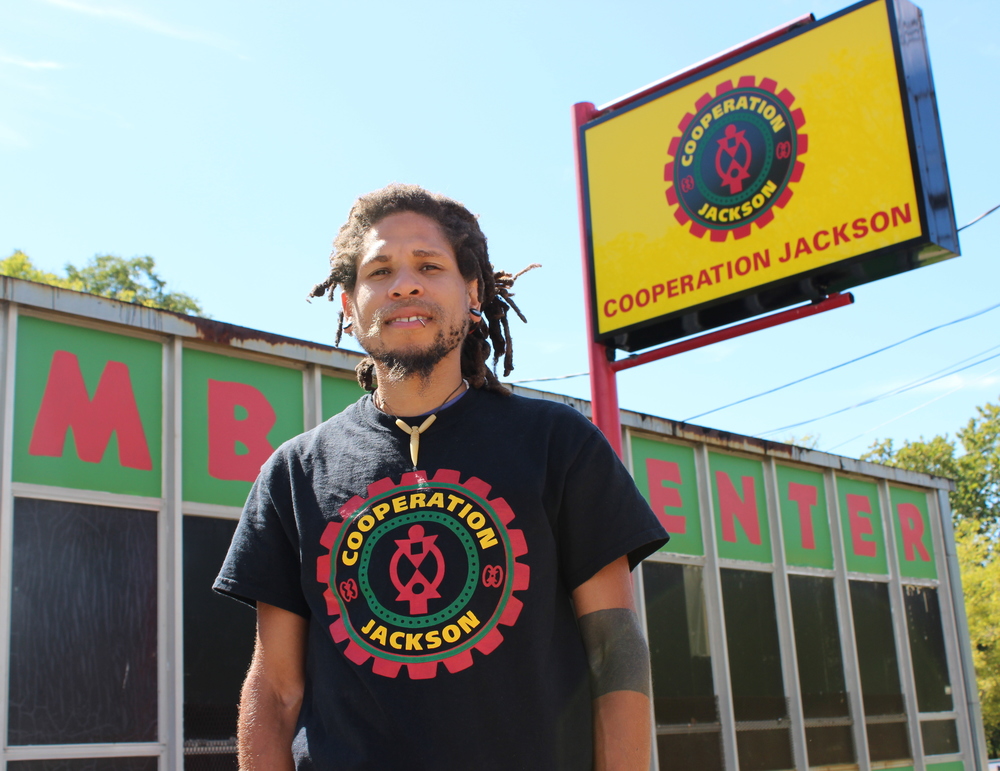 brandon moved to Jackson, Mississippi in January 2014 to assist in the growing movement for economic justice, human rights, social and cultural transformation happening there. as a founding member of Cooperation Jackson, brandon serves on its Coordinating Committee, he is the Organizing Coordinator, a co-coordinator of emerging Freedom Farms Urban Farming Cooperative, and the representative to the Climate Justice Alliance.

As a DJ and visual artist, brandon also sees the arts and culture as key components necessary to energize and activate people to be engaged in the process of actualizing human rights, moving towards social and cultural transformation.