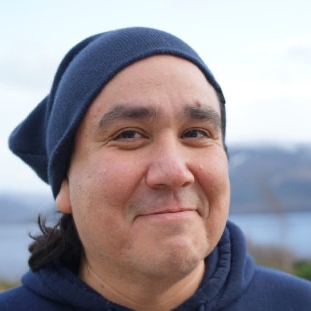 Clayton Thomas-Müller is a member of the Treaty #6 based Mathias Colomb Cree Nation also known as Pukatawagan located in Northern Manitoba, Canada. Based in Winnipeg, Clayton is a senior campaign specialist with 350.org.

Clayton is involved in many initiatives to support the building of an inclusive global movement for energy and climate justice. He serves on the board of the Bioneers and the Wildfire Project.

He has been recognized by Yes Magazine as a Climate Hero and is featured as one of ten international human rights defenders in the National Canadian Museum for Human Rights. He has campaigned across Canada, Alaska and the lower 48 states organizing in hundreds of First Nations, Alaska Native and Native American communities to support Indigenous Peoples to defend their territories against the encroachment of the fossil fuel industry with a special focus on stopping the expansion of the Canadian tar sands and its associated pipelines.

Take 2: The Power of Independent Film for Social Change