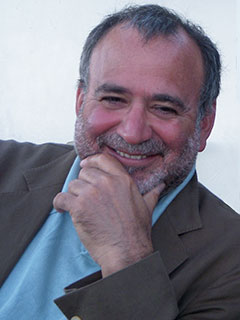 Lawrence Rosenthal, Ph.D., is Chair of the Berkeley Center for Right-Wing Studies, which he founded in 2009. His work has appeared in numerous publications including the Nation, the International New York Times, The San Francisco Chronicle, Foreign Policy, and many others. He co-edited Steep: The Precipitous Rise of the Tea Party and The New Nationalism and the First World War; and is the author of Empire of Resentment: Populism’s Toxic Embrace of Nationalism.

Fascism in the USA: Could it Happen and How Can We Avoid It?