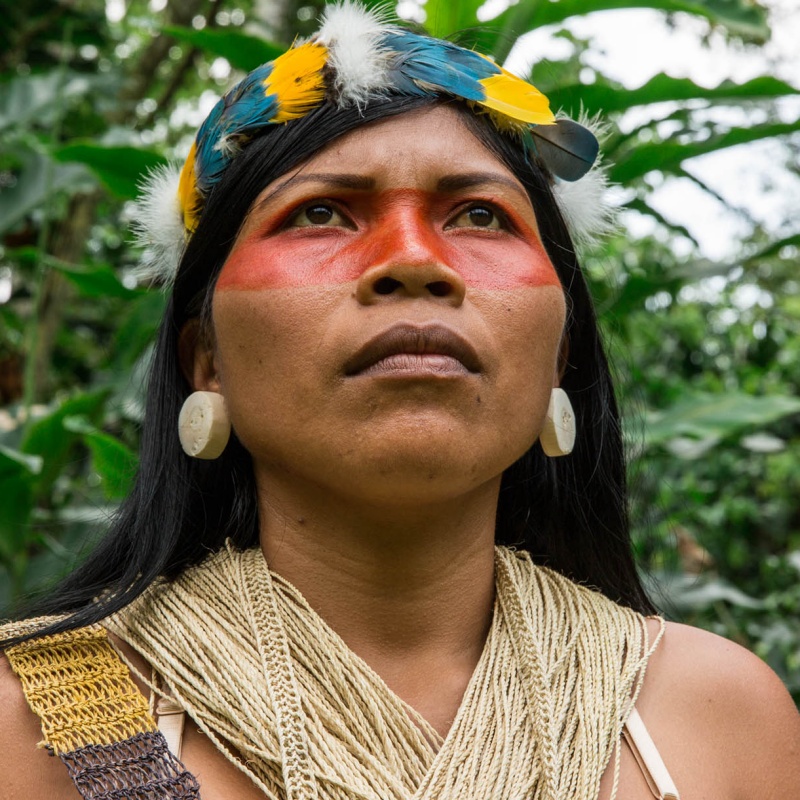 Nemonte Nenquimo, an Indigenous activist from the Ecuadorian Amazon, first female president of her tribe (the Waorani of Pastaza Province) and co-founder of the Indigenous-led Ceibo Alliance and its sister organization Amazon Frontlines, was named one of Time’s 100 most influential people on Earth in 2020 (the only Indigenous woman on the list) and won the prestigious Goldman Environmental Prize among other major awards, for her struggles against the ravages of oil drilling in her people’s ancestral lands.