Psilocybin mushrooms have been used for millennia by several cultures from Europe to Mesoamerica. More than 116 species have been identified thus far in the genus Psilocybe alone. New scientific evidence is pointing to the fact that, not only can they be psycho-spiritually transformative, but they are capable of stimulating neurogenesis, i.e. the growth of nervous system tissue. These recent discoveries show psilocybin’s potential for helping address such conditions as depression and anxiety, but perhaps as well to help prevent dementia, Alzheimer’s and other neuropathies. In fact, they may increase intelligence. But these exciting new findings have generated a rush of investors seeking to corner medicalized psilocybin, which raises the question: Should psilocybin mushrooms come to market as People’s Medicine or Profit Medicine? Paul Stamets, one of the world’s leading authors, inventors, educators and entrepreneurs in the field of mycology, and very possibly the planet’s foremost expert on psilocybin mushrooms, shares his thoughts on the latest research and the rapidly evolving landscape of psychedelic medicine. 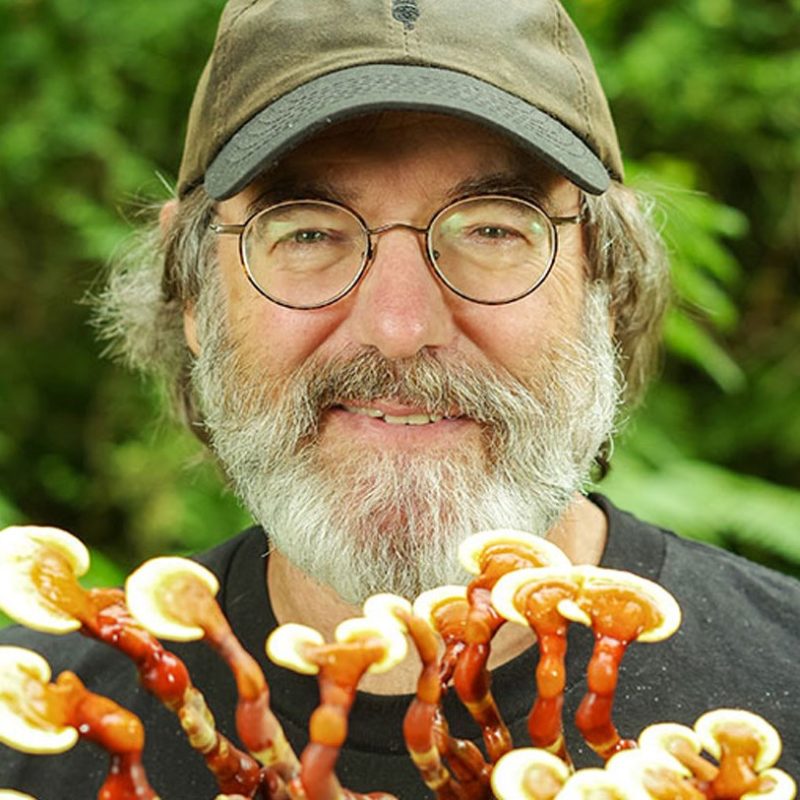 Paul Stamets, speaker, author, award-winning mycologist, medical researcher, groundbreaking mycological entrepreneur, and a visionary thought leader in the study of fungi and their uses in promoting human health, ecological restoration, and detoxification of the environment, is the author of six books, including: Mycelium Running: How Mushrooms Can Help Save The World, Growing Gourmet and Medicinal Mushrooms, and Psilocybin Mushrooms of the World. Paul has discovered and named numerous new species of psilocybin mushrooms and is the founder and owner of Fungi Perfecti, LLC, makers of the Host Defense Mushrooms (www.hostdefense.com) supplement line. And Paul’s work has now entered mainstream popular culture. The new Star Trek: Discovery series features a Lt. Paul Stamets, Science Officer and Astromycologist(!).